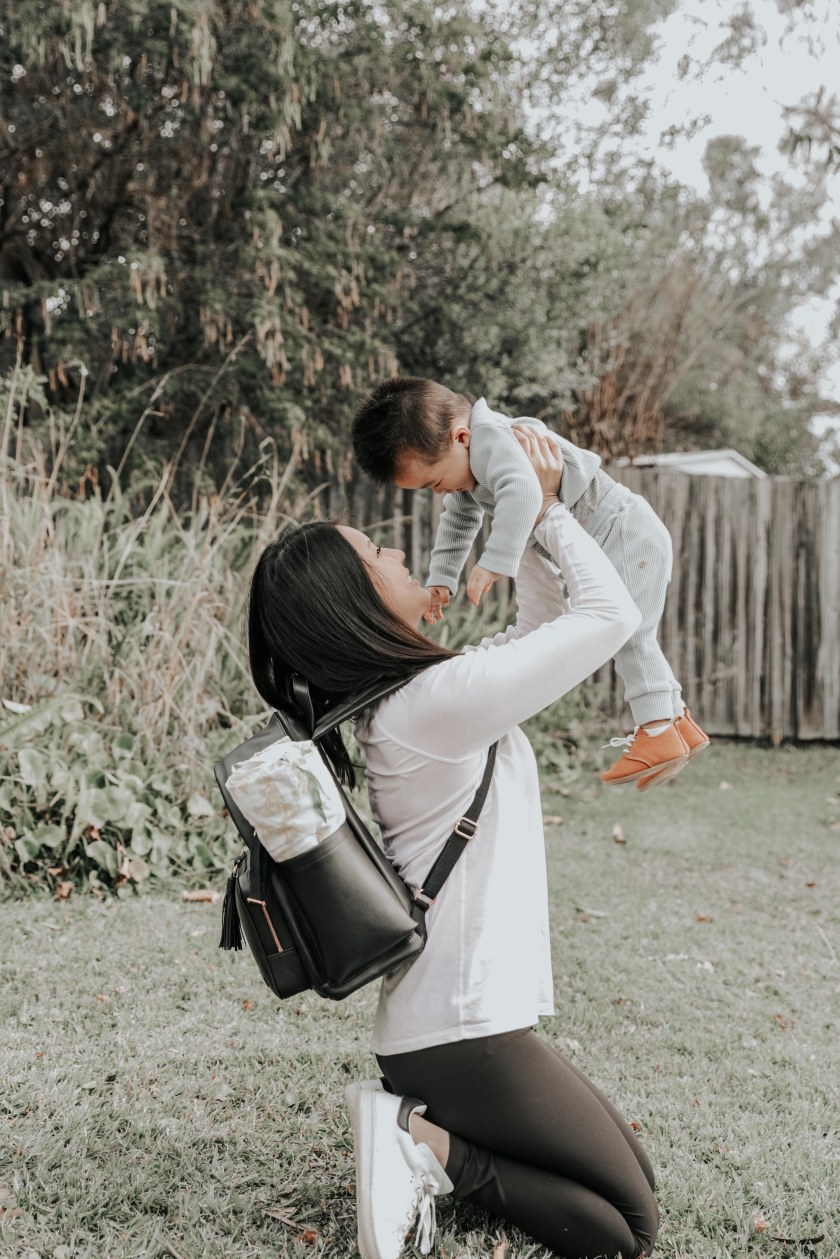 Some play and cuddles.

I always knew my mother’s stance on any formal childcare for Spencer but this week I broke the news to her that I was returning to work part time and that Spencer was going to childcare. This was a childcare which we had been waiting a good year to be accepted into.

After breaking the news to her, an influx of questions and comments came which made me feel incredibly guilty for not being a stay at home mum. Comments and questions such as:

Whilst I know these comments came out of deep love and concern for Spencer, it made me really question my worth as a mother and the choices we had made. Honestly, these comments were the same thoughts I was deliberating myself.

Eric and I looked at several different centres, explored the option of a nanny, an au pair, spoke to a range of different people for advice and visited over ten family day cares. This was not an easy decision but one which we had discussed over several dinners. The decision to go back to work was made a little easier knowing that I was able to return part time.

Mum guilt is so common amongst mothers, especially first time mothers. I realised mum guilt started for me from the very beginning actually and that was with breastfeeding. When Spencer was born, I did not know he was tongue tied and this caused me enormous breastfeeding problems. Spencer was not latching properly, I was in severe pain from feeding him and was getting blocked ducts from insufficient drainage. Additional to this, Spencer was jaundice so kept falling asleep at the breast. Add in lack of sleep, having to pump, topping up with formula and a barrage of messages from friends wanting to visit – it was becoming overwhelming and a recipe for disaster. With these issues, Spencer was losing weight rapidly and I was feeling quite defeated.

Here I was, a first time mum seeing other mums around me feeding successfully, naturally, not in pain and looking like they had their life together. The midwives told me to keep feeding and that it would get better. It never did until Spencer’s tongue tie was resolved. We initially went to a male paediatrician who said that the tongue tie was not an issue and that if I continued to breastfeed that it would get better. It was not until we had to go back to the hospital to check on Spencer’s jaundice levels that I met a wonderful lady by the name of Cheryl who opened up and trained several nurses in my local Early Childhood Centres. Cheryl changed my feeding journey! She told me the tongue tie was not ok as Spencer was not getting enough milk out, that it was not ok that I was in pain feeding and that it was not ok to continue this way. We were referred to a family paediatrician who revised Spencer’s tongue tie literally in a minute and the first feed back on the breast was pain free! This was a huge relief! I felt so guilty having his tongue tie revised but I was so much happier as the feeds did not hurt anymore. I also went to our local Early Childhood Centre to receive some breastfeeding help and I breastfed Spencer successfully from that point onward! Spencer’s jaundice was flushed out, he was not sleepy on the breast anymore and he started to pack on the kilograms and remained in the 80 percentile for his weight!

Another mama guilt was giving Spencer formula because all the prenatal classes and all the midwives always said how easy and beneficial breastfeeding is. Yes, whilst all this is true, there is nothing wrong with formula either. Many babies like myself were raised on it, lots of mums cannot breastfeed, simply their babies wean off or whatever the reason, we should not be made to feel guilty for what choices we have made to feed our babies.

I remember so vividly buying my first tin of formula. I could not find the formula anywhere that the hospital recommended and after going to three stores, I finally was holding the tin in my hands. I recall myself trying to hide the tin, going to the self serve checkout in hopes no one would see and thought other mums would be judging me. In hindsight, this was all stupid but this is how I felt. After seeing Spencer thrive on both breast and formula, this guilt went away immediately. Eventually Spencer refused the bottle and only wanted breast.

I tried so hard to keep Spencer breastfed but he weaned off around nine months old. He started to latch on and off, being too curious with the world around him. I kept persevering by feeding in a completely quiet bedroom, dark room, not going out anymore so he had no distractions, kept trying to latch him on and trying different positions. I was told it was phase and that we could push through but nothing seemed to have worked and he weaned himself off, which led me to introduce formula again and the bottle. Here I was going through mama guilt again! I am so thankful for formula at the moment though as he has numerous food allergies and therefore we give him some formula mixed with cows milk for some additional nutritional support. I would have loved to have kept him breastfed but unfortunately Spencer chose another road for us.

This was not the only case of mum guilt and I am sure many mothers have related to one, some or all of these:

Comments come from people who try to mean ‘good’, who may never have had children and are even parents themselves. We definitely need to support each other no matter what decisions someone else has made. We have never walked a day in someone else’s shoes, so who are we judge others.

There is no right way to parent and there is no perfect parent. All of us have made parenting mistakes. Trade offs are inevitable too. We just try to do the best for our families. This is your journey and your baby. Only you will know your baby and instincts the best. One thing we all have in common is our love for our babies and all we can do is soak in the time we have with them as they grow way too quickly. I never quite understood what every parent meant when they said your kids will grow up quickly but when you become a parent, time is precious and the words cannot resonate more true!

So what happened? I went back to work. The first day walking back into the office was hard. Heart wrenching hard. Lots of familiar faces, lots of new ones too. Hubby had prepared a ‘welcome back to work’ care package for me which included my favourite teas, chocolates, snacks and photo of Spencer to pop on desk to get me through the day. It doesn’t get any easier leaving him every morning but I do know that I come home to lots of hugs and smiles! I am enjoying adult conversations, not sharing my food and not having to change any nappies, oh and sipping on a steaming hot cup of tea! I came home to a very tired bub who gave me lots of smiles and hugs. I’m not sure if this will get easier but I have been told it does. 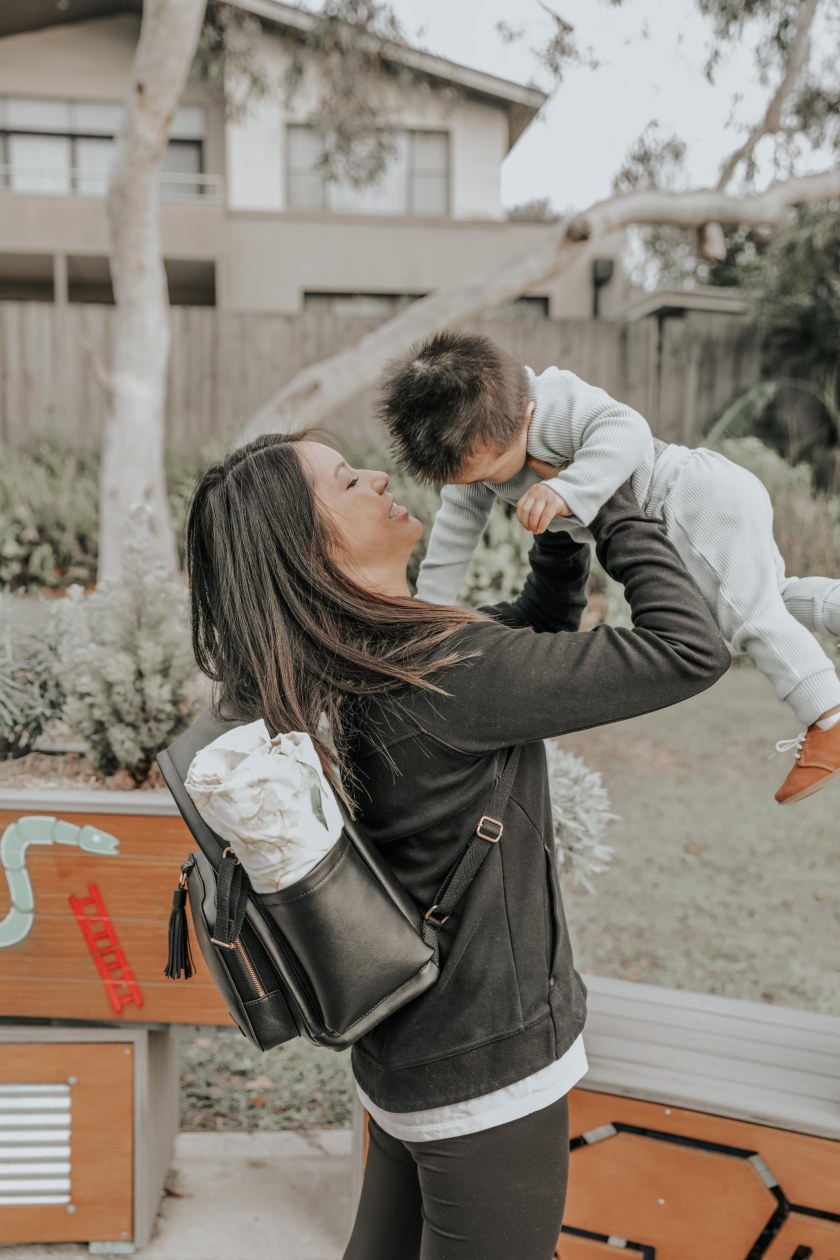